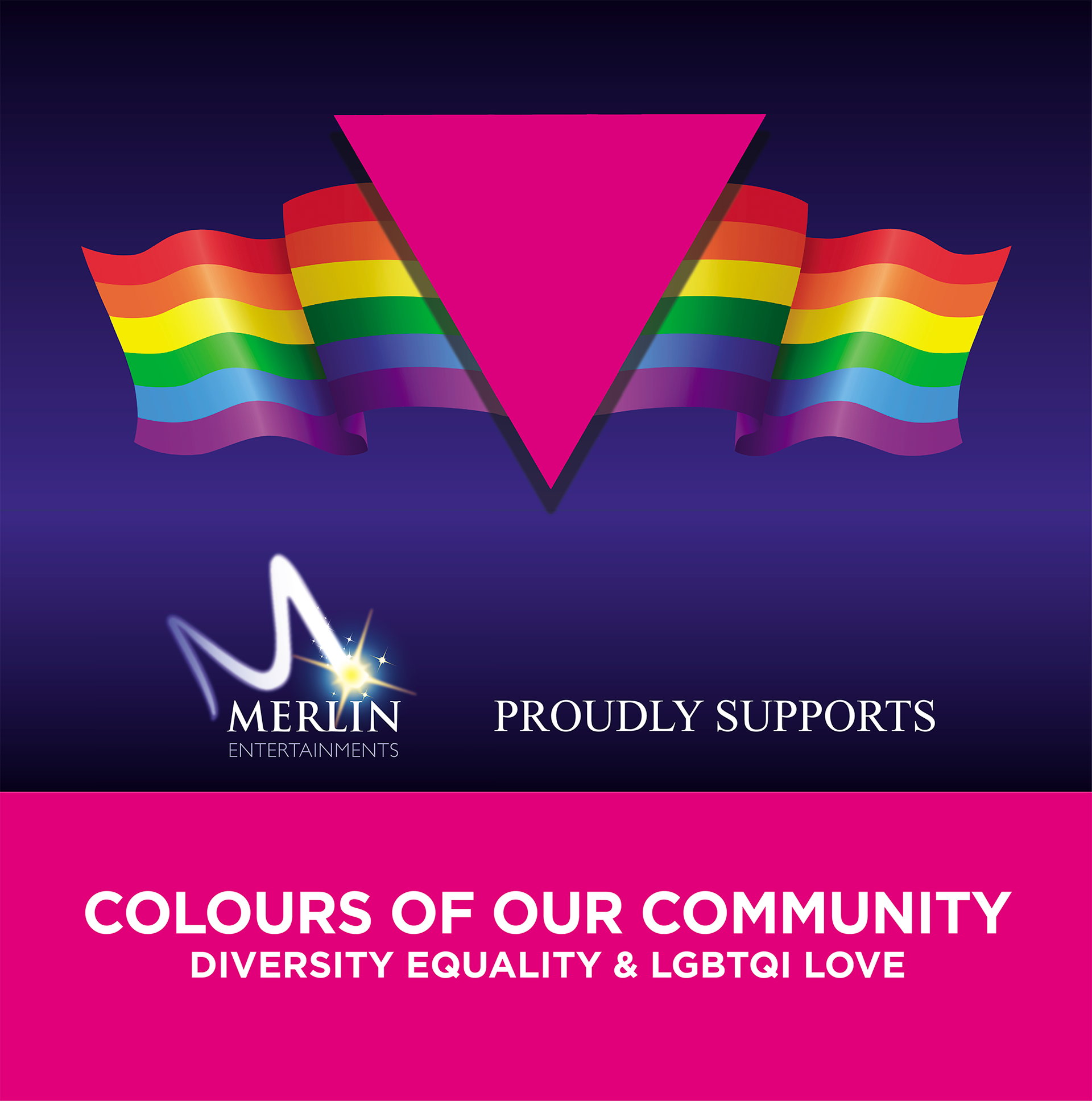 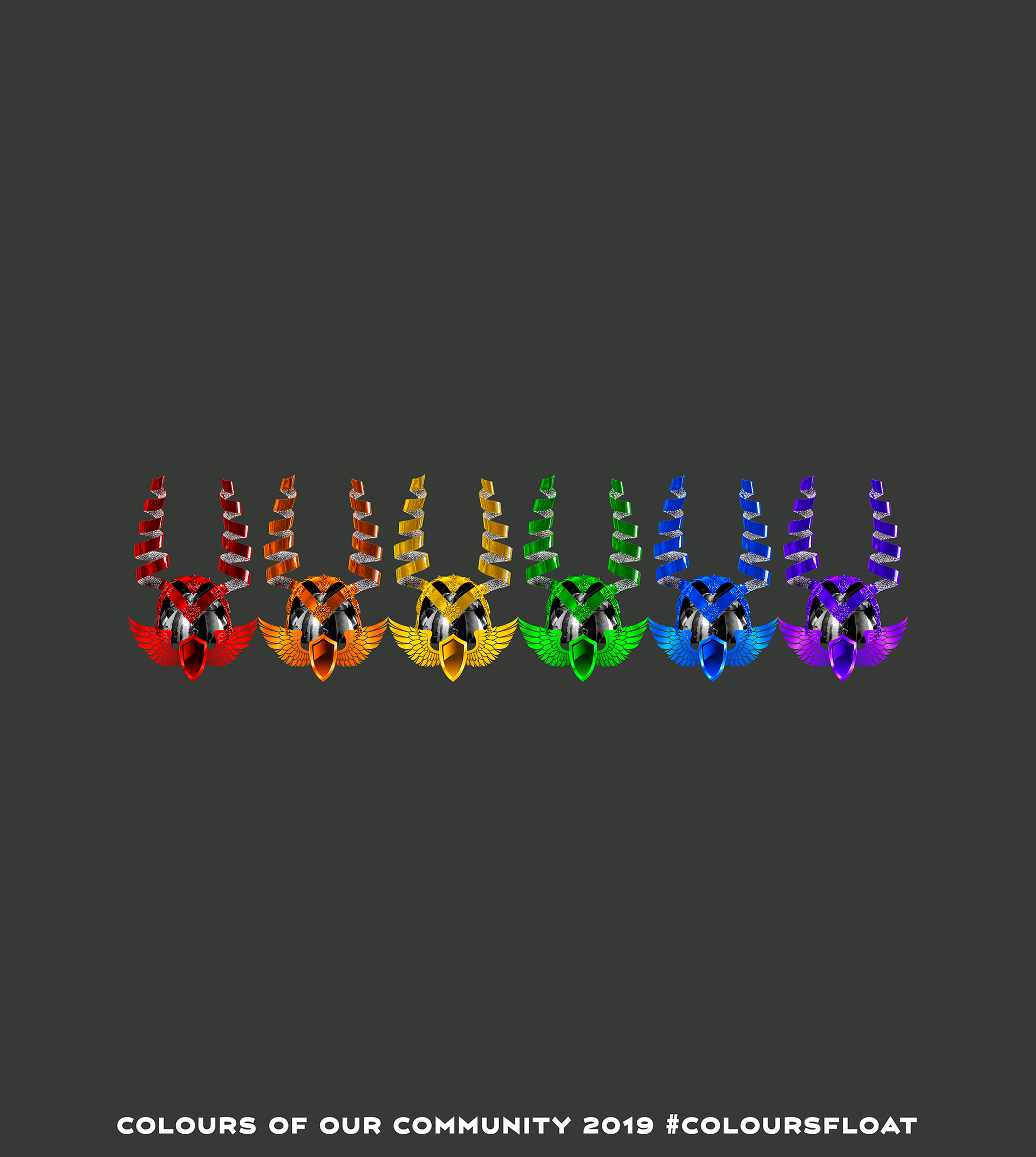 PRESS RELEASE FOR IMMEDIATE RELEASE
RAINBOWS AND TRIANGLES
Colours of Our Community shapes up for the Sydney Gay and Lesbian Mardi Gras Parade
Sydney, Wednesday 16th February 2019:
With four-metre-tall winged heroes and an LGBTQI army of light and colour - led by a Queen in a bedazzled couture gown and Swarovski encrusted crown - Markham Lane’s Colours of Our Community float in this year’s Sydney Gay and Lesbian Mardi Gras parade is set to inspire, celebrate and most of all, entertain.
Featuring in the parade for its second year, the spectacular Colours of Our Community float will set the bar high as it struts down Oxford Street past 300,000 street level spectators in Sydney’s biggest night of the year, celebrating diversity, acceptance and LGBTQI rights.
This year, the float will pay homage not only to the colours of the iconic rainbow flag, but to the inverted pink triangle, initially intended as a badge of shame in WW2, but later reclaimed by the LGBTQI community as a progressive symbol of self-identity, to advance gay rights.
The Queen of the float, Tommii Tran, also known as Faux Fur, will adorn the pink triangle on the couture gown, designed by Lewis Oswald (a previous creative director of Mardi Gras), as well as on the Swarovski encrusted crown created by Miguel Lamedo, showcasing not only a fashion forward representation of the iconic symbol but also as an androgynous representative of the entire community and what it stands for.
Supporting the Pink Triangle Queen will be her two winged heroes - both angels and devils protecting the Queen during her procession towards a fearless future. Simply representing love in its most pure form will be the Queens consort, the Aurora group, featuring seven couples walking hand in hand.
The float vehicle itself will highlight both the pink triangle and the rainbow flag, along with a musical mash-up of fearless hits from the past 30 years, as created by DJ Phill Hollins. Funded in part by the team at Merlin Entertainments Australia, producers of the Sydney Sealife Aquarium, Wildlife Sydney Zoo and Madame Tussaud’s, the humble little social community group wishes to acknowledge the generous ongoing support of their sponsors, whose contribution keeps their group alive.
In a magnificent spectacle of colour, following behind the float vehicle will be six marching groups, sashaying their way along the parade route as they champion the Colours of Our Community values, each in a colour featured on the infamous rainbow flag. Each marching group will be led by a hero, carrying huge wings - created with assistance from Jose Hernan Avila - and horned crowns with LED lights in the colours they represent – set to truly be a sight to behold.
Colours of Our Community began as an art project in 2006 by Sydney photographer Markham Lane, aiming to highlight and champion the values of celebrating diversity, equality and LGBTQI love. In 2017, a 10-year retrospective of the photographic collection was exhibited as a Premier Event of the 2017 Sydney Mardi Gras Festival. Later that year, a book of the same name was launched and subsequently sold out.
Lane is an official photographer for the festival organisation and his work was featured in the 2018 Mardi Gras ‘Museum of Love and Protest’. He has been a part of eight parades. This year, he will be celebrating his 30th year attending the iconic community festival. He has taken much joy from creating a float in the parade that represents so much to so many:
“Having been an active participant of the Sydney LGBTQI community for so long now, this time of year for me feels like home. The festival has achieved so much in advancing our human rights and leading us out of protest and into celebration that I can’t help but feel grateful that I was born here and been a part of its incredible history.
“The Colours of Our Community has always championed the values of diversity, equality and LGBTQI love and we actively engage with locals, our interstate LGBTQI family and international tourists to join our crusade, as we march up the street, united together.

“Ours is a human movement and we welcome all ages, all genders, sexualities, and all races to join with us as we champion our values with pride, for all the world to see.

“This year, the float represents what it’s been like to be involved in something that is so near and dear to my heart for the past 30 years. The Pink Triangle Queen in particular will be an exciting protagonist as they carry an ultra-modern interpretation of the iconic inverted pink triangle – a symbol for the gay rights movement since I came out 30 years ago – followed by the army in six colours of the rainbow flag, representing the modern era.
“Producing and creatively directing the float works in two ways; firstly as a way to advance the aims of our community festival while championing our own values, but also to provide 80 people with an opportunity to believe in something greater than themselves, while having a thrilling Mardi Gras experience, like no other.
“We go to great lengths to make sure that everyone’s costume is ready for the big reveal on Parade Day, while congregating and socialising together in preparation for the show we’re about to provide. With a mash-up of fun, modern gay anthems provided by DJ Phill Hollins, it’s set to get the crowd cheering us all on and this is what it’s all about!

“It’s such a huge honour to be allowed to produce our Float for the 2019 Sydney Mardi Gras Parade and have it showcased to a worldwide audience through media partner SBS, and we all take the responsibility of what comes with that very seriously.
“We’re very excited to align ourselves with the “Fearless” Mardi Gras festival theme, in promoting and supporting regional and remote communities in Australia to live authentically while also reinforcing our international position as a global leader, fighting the good fight for LGBTQI rights.
“I am proud that our float reflects these festival values through our participants, some of whom have come from Australia and as far away as Brazil, Fiji, Germany, India, Iran, Malaysia, Namibia, New Zealand, Nepal, Philippines, Russia, Saudi Arabia, Scotland, South America, Spain, Taiwan, the UK, USA and Venezuela.”
The Colours of Our Community is just one float in a procession of 197 floats during the 2019 Mardi Gras Parade and the success of it's participation could not have been possible without the tireless ongoing support of it's volunteer production team, suppliers, workshop teams and sponsors who all came together and engaged with a positive, proactive and determined "can-do" attitude to put on the best show possible. The efforts of the cast and crew who stood up to make a difference and went above and beyond includes:
Markham Lane
Founder, Creative Director
Miguel Lamedo
Creative Designer, Executive Producer
Marco Selda
Community Engagement Manager
Jose Hernan Avila
Production Consultant, LGBTQI Army
Lewis Oswald
Fashion Designer, 'Pink Triangle Queen' Couture Gown
Max Inanli
Costume Producer, Aurora Group
DJ Phill Hollins
2019 Colours of Our Community Float Mash-up
Sarah Marie Khalil Fahd
Make-up Team, Parade Day
Noelia Lamedo
Workshop Manager, Team Mascot
Dac Nguyen
Official 2019 #ColoursFloat Photographer
Robb Wang
Float Marshall, Float Vehicle
Denis Wang
Technical Assistant, Float Vehicle
Catherine, Kristy, Ashley and Rob
Merlin Entertainments - Float Sponsor #MerlinMagic
Jeff Meggs
Executive Assistant to Mr. Lamedo
And of course, our wonderful cast of 80 people who have all agreed to champion the Colours of Our Community values and stand up to represent our values fearlessly and with pride on Parade day - to you we give you our greatest and most heartfelt thanks. We could not do this without you all!
The Sydney Gay and Lesbian Mardi Gras Parade occurs on Saturday 2nd March 2019. Live streaming of the parade in action can be viewed via the Sydney Mardi Gras website at www.mardigras.org.au or in the Parade highlights show broadcasting on Australian TV on SBS Channel 3, on Sunday 3rd March 2019.

2020 Colours of Our Community Float Experience

Colours of Our Community Book, by Markham Lane

Colours of Our Community, 2017 Public Exhibition

Colours of Our Community Introduction Video

Google Mardi Gras Grant to Colours of Our Community